Mine was a middle class-“ish” Indian family. I graduated from Saint Joseph’s Academy, a private school in Dehradun, a very nice city in the north of India near the Himalayas. It is known as an academic hub with some of the best residential schools. Growing up there, I was fascinated by trains, so I became a mechanical engineer for the Indian Railways.

Wanting to pursue my masters in transportation, I then went to the University of Delaware. Later, at business school in Silicon Valley, I transitioned to venture capital. Later on in life, I continued my fascination with transportation and I even learned how to fly a plane.

At that time, we started to see some behavioural issues with our elder son, who was incorrectly diagnosed with something called dyspraxia [a form of developmental coordination disorder affecting fine and/or gross motor coordination in children and adults] at Palo Alto Children’s Clinic. After being asked to leave three pre-schools in a row, we started questioning what was going on and noticed a “cookie cutter” approach to children, with no attention being paid to individual differences, strengths and weaknesses. While I may have had similar issues in my days, I had never been branded as a ‘special’ child, which is not good for your self-esteem.

This contributed to our return to India, which is a more forgiving society. And it worked out beautifully. Our approach to help integrate our son was to actually buy a school in Dehradun. So, we went looking into town and identified three possible schools. We set up a team with Jetu Lalvani, who used to run the German school in Mumbai and who is a managing partner at Kaizen today. We made a bid for a school, but unfortunately that didn’t work out. So, instead I became a venture capitalist again and we decided to create our own dedicated investment fund. It took us two years and we raised over 70 million Dollars. Jetu and I then worked together on the Education report, giving us a reputation as education consultants of sorts.

Education is a method for improving our lives.

Education is a method for improving our lives. But we tend to limit that to a very commercial perspective, focusing on earning more. But that is not the end of education. It is about being a better part of society, and about helping to change lives for the better for everyone. At Kaizen, we believe that the role of education is not only to make more money, to be more successful, more employable, more valuable, but also to make the world a better place. Kaizen means continuous improvement. Good things happen in small, sustained and continuous steps.

Broadly speaking, old-fashioned core education is provided by schools and colleges. Then there is the non-core for lifelong skill-development. Think, for example, of preschools, test preparation or vocational centres and the like. Finally, there are the ancillaries, which are services and technologies which are used by the core and the non-core.

Ideally, the core should be a public service: free, equitable, high quality, and contemporary. It should not be inaccurate, backward-looking, or only serve a religious purpose. That is what is wrong with the public system today, but fixing it requires a lot of government support, like is being done in Singapore.

Non-core education is more subject to innovation and driven by market-demand. For a lot of families in Asia, education is the only bridge to success and so a lot of people aspire to be educated. Asian families, like my parents, continue to spend 40% of disposable income on education, but the public facilities are not ok. There are few exceptional public schools in India. Let’s say 100 or 200 out of a million. The public education system in general has not kept up. The curriculum is outdated. The teacher accountability system is broken. The most assertive and ambitious teachers in India won’t go to public schools.

However, in countries like the Philippines some of the most affluent students will go to public schools simply because they are better schools. That means that students at the bottom of the pyramid are being crowded out of public schools and pushed into private education, which is quite an unique situation.

In Vietnam, the situation is again totally different. It is a country of unending ambitions. Vietnamese parents will spend a king’s ransom to educate their children. Again, 30% to 40% of disposable income is not unheard of. That is why most parents in Vietnam have two jobs. And many students in Vietnam finally end up in a private school, even though public schools and universities are often really good.

Of course, there is a risk that private education will widen social differences. But, because the average citizen in emerging markets doesn’t trust his or her government, private entities prosper.

Technology is the future of education

Finally, technology is the future of education. Artificial intelligence, for example, can help personalise the learning experience, even though today we only exploit ten to twenty percent of the system’s capacity. Technology may also help a child that usually sits in the back of the class and is too shy to raise a hand or simply not getting it due to some sort of distraction in the classroom. Technology allows the child to catch up in his or her own time and the device will not judge him or her. Teachers are emotional human beings and might say something that is not ok, but an AI doesn’t care about how the child looks or behaves that day. Devices help the child self-assess, rectify, communicate, socialise, and collaborate. That is the emerging, blended learning model that engages children in collaborative learning. That is the beauty we are heading towards. A perfect learning experience does not exist yet and will maybe never exist, but it is getting better. It is going to be very exciting. 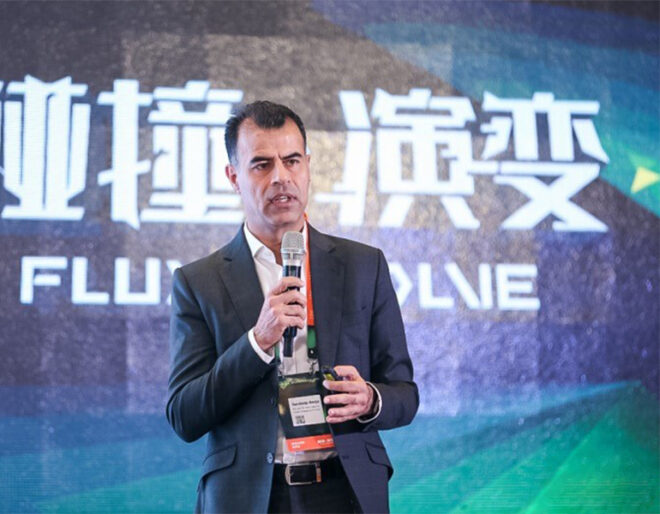 Sandeep Aneja founded Kaizen in 2009 as India’s first Education focused fund, and has been instrumental in building the firm's knowledge and client networks across US, Europe and Asia.