You won't become an entrepreneur just by sitting around

My journey was an unusual one, as I started out in life with just a simple certificate: a "Brevet d'Études du Premier Cycle". This allows you to perform a basic government job and that’s how I became a warehouse assistant at the National Cereals Office in Burkina Faso.

In 1986, thanks to the support of the UN's Food and Agriculture Organization (FAO), I completed a food security training course in Gembloux. The trip to Belgium made me feel rather rebellious. I witnessed for myself how big the gap was between Belgium and Burkina Faso. In Belgium, people were ambitious and disciplined, but not where I came from. When I returned, I said to my wife: ‘Within one year I want to be self-employed!’

So, in 1987, I started Moablaou, a business with 500 laying hens. Indeed, as the son of a farmer, I had learned from my parents how to breed poultry and I adored aviculture. I injected every little bit of profit I made back into my company. It was not until 2000 that I first asked for a loan of 1,000 euros. In this way we gradually increased to 1000 laying hens, then 3,000, and so on.

In 2002 and 2003, I borrowed a total of 700,000 euros from BIO (the Belgian Investment Company for Developing Countries). This allowed Moablaou to become a large-scale company. Ninety nine percent of all chicken farms in Burkina Faso operate from open buildings. However, the climate is very dry and warm in our country, and 42°C is no exception. Many chickens die during the hottest season (May-June). It is therefore better for their welfare to keep the birds in a closed building at a temperature of 25°C. Instead of using air conditioning, the building is kept cool by water flowing down the wall on one end and giant fans blowing the water vapor through the chicken cages to the other end of the building. It’s a relatively inexpensive and very climate-friendly technology!

The loan from BIO allowed us to build two modern buildings and double the number of laying hens from 55,000 to 110,000. 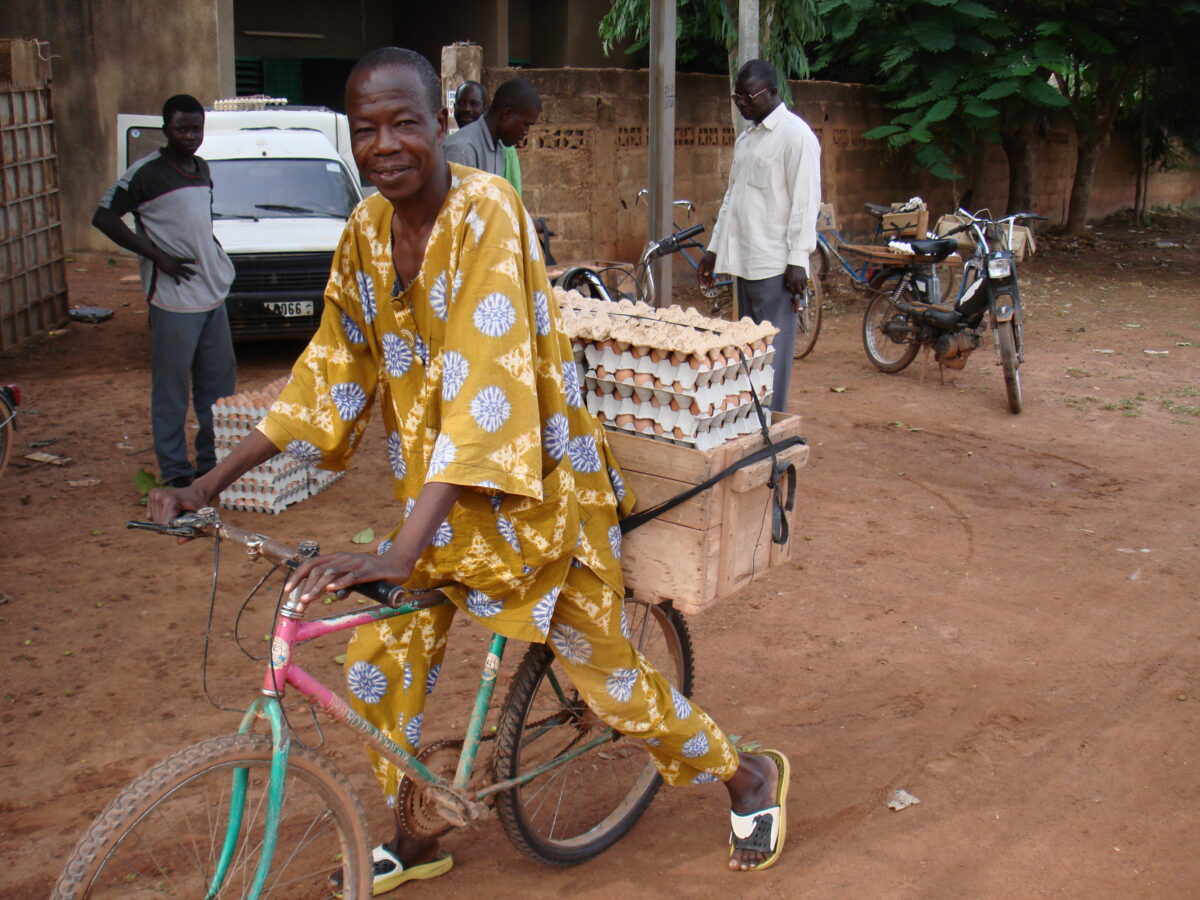 Today, we sell 150,000 to 180,000 eggs per day in the capital city of Ouagadougou. Our customers are mainly wholesalers and resellers. The latter include over 600 people - 400 of which are young women - who come to collect eggs on their bike or moped and distribute them to local stores and kiosks. In total we indirectly create employment for 1,200 people. I also have my own staff of 600 people. Thanks to my company Burkina Faso no longer needs to import eggs. And the fact that eggs are rich in protein means we contribute to (affordable) food security.

Our eggs are of equivalent quality to those from the West. We also work a lot with Belgian companies. Our chicks come from Belgabroed. We also receive technical assistance from Intraco in order to be able to provide balanced chicken feed.

An important obstacle to starting a company is the lack of decently trained staff. In Burkina Faso, existing agricultural schools only provide general training. Even today, vets are unable to specialise in poultry in our country. Therefore, if you want to start up a company in this field you need to be well trained yourself. And that is currently only possible abroad. This led me to study in places like Israel.

I also notice that farming is not particularly popular with young people. Those that are currently still at school mostly dream of becoming a civil servant. Government and financial elites don't tend to promote agriculture either. Even so, farming is the future. Food will never go out of fashion. Everyone must eat, and our population continues to grow. So, the market is guaranteed in any case. 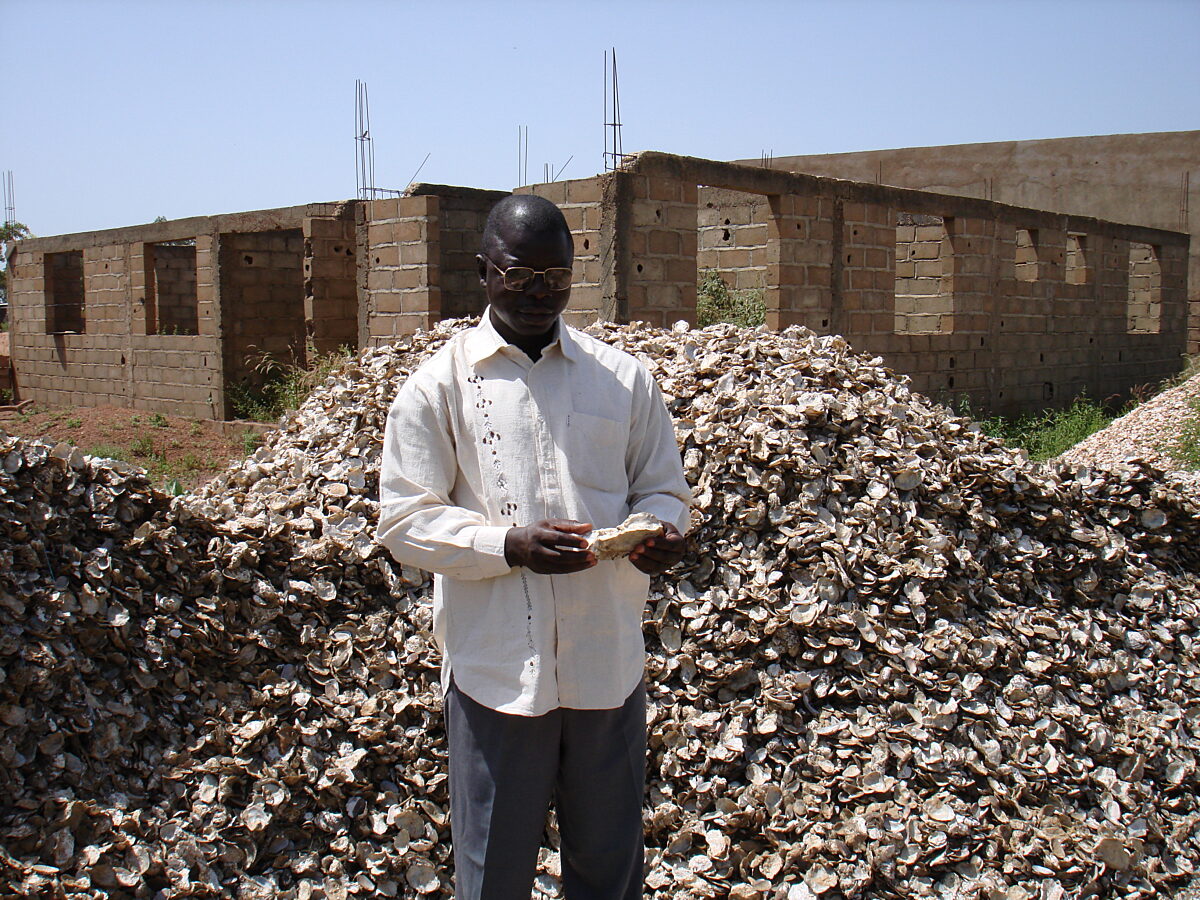 People do not live by eggs alone!

But you do need to be a fan of farming. You also need to be prepared for some tough times as an entrepreneur. You must enjoy working hard. It is best to start small. It is also really useful to do an apprenticeship. Only approach a bank for a loan if you can run your small company successfully. There is no point in rushing things.

As an entrepreneur you should not be discouraged by setbacks. After all, in the poultry sector you often deal with disease and you can learn from every crisis. It makes you stronger. In March 2015, for example, the bird flu took hold and killed two-thirds of all my chickens. Well, since then I have become more organised, partly thanks to a report from FAO about biosecurity. Less than a year later we were up and running again. In January 2016, the Belgian minister of Development Cooperation, Mr. Alexander De Croo, even came to visit my company. That makes me so proud, you know. People do not live by eggs alone! 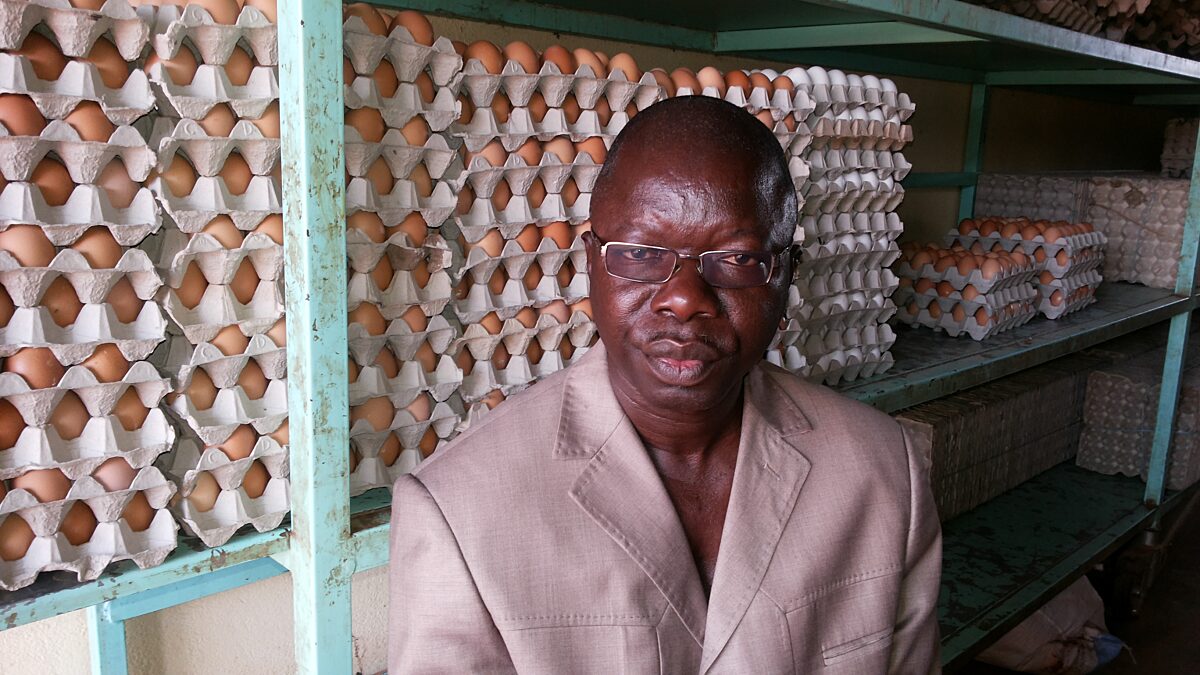 Mr Abou Simbel Ouattara is the founder and CEO of Moablaou.

This story was originally published by Chris Simoens for Globe.