For me, the main difference between Development Finance Institutions and NGOs is the fact that, for DFIs, there’s always the for-profit element.

I worked with guys before that would never do “charity”. They wouldn’t spend a single dollar extra on the local community for the sake of “social responsibility”. But they do need to be able to get to their project site. They do need the trucks and the equipment to arrive quickly and soundly. I remember this one project, you had to cross a river to reach it. Before the start of the project, there was this rickety metal suspension bridge, the width of a telephone pole, spanning the river. People would use it to cross, but it was a tricky and dangerous affair, and sometimes they would plummet to their deaths. Now, courtesy of this investor, uninterested in “social responsibility”, there is a solid bridge, which has an enormous positive impact. This impact is not due to “generosity”. For the investor, it’s a side effect that the locals now use the bridge to move around and transport their goods, more easily, rapidly and safely than ever before.

In the end, this entrepreneur didn’t stop at the bridge either; he donated all timber generated by the project to the local communities, and built – on their request – a gigantic hangar in the village, for them to congregate and celebrate with a roof over their heads.

A big side effect of projects – and especially infrastructure, like hydro – is that they open up places. With hydro, the main aim is the production of electricity; the electrification of the country side and local industry. But if you ask the people in the area about the project, they might not mention this. Instead, they’ll often mention the new road going through the valley. They’ll talk about how they had to plod through the mud to go to the shop or to school, and now they don’t. You’ll meet people from the other side of the valley, who you thought never came this way, but now do, because of the road. People will talk about how they no longer need to carry their produce – 50 kilogrammes of corn – on their back; they will talk about how they finally bought themselves a motorcycle, and how this made it easier to move their produce, ensuring fresher products at the markets and higher profits. It goes beyond what you initially had in mind with this “small hydro project” and the X MegaWatthours it was going to produce.

Sometimes, local people get a job in the construction or operation of a factory or plan. This doesn’t always replace, but sometimes just complements their “real” job. For example, I knew a guy who worked in a hydro plant for a few hours a week. But his real job was his hacienda. And the little bit of extra income gained from the couple of hours of work in the plant allowed him to buy extra land, and expand his farmable area. The construction of the plant, which had as a main official aim to improve the access to electricity in the country, allowed him to grow more vegetables, which allowed him to sell more vegetables, which improved his life a little bit. The extra money can go to a motorcycle, improving his mobility, or to the tuition of his children. BIO’s project didn’t turn around this man’s life, didn’t magically fix all problems; instead, it allowed everyone to continue living and working, but in better circumstances, with more choices. The farmer remained a farmer, but he – and his family – are better off.

Sometimes people make light of “the trickle-down effect” that private enterprise is lauded to have on the poor, and I agree, it’s not always visible in Europe or the US. In developing countries, however, where you have people struggling to reach 100 $ per month, it is very visible. Every time a salary is paid to someone who didn’t have one before, you see the difference.

If nothing happens, nothing happens – everything stays bucolical, nothing changes, nobody gets ahead. But I once heard the following: “Development? Development is easy here. Put a shovel in the ground and you’re developing!” In many countries in the world, there is still so little that even the smallest initiative can start a chain-reaction. 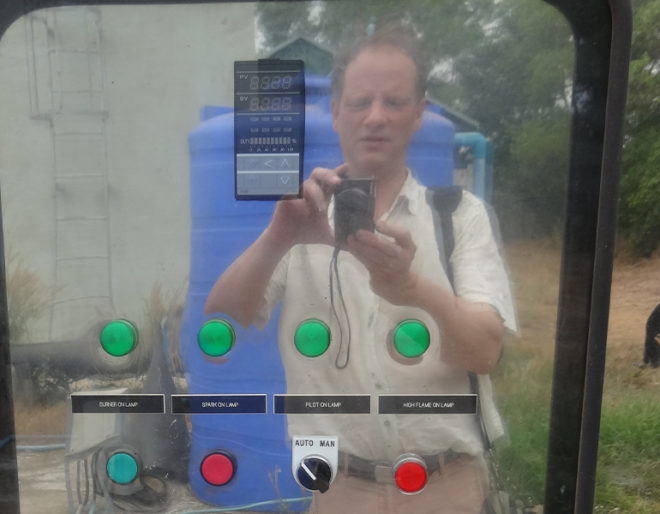 Ignace van Synghel is a Senior Investment Officer of BIO.