We have moved!
Since the 1st of July, we are based on the 5th floor of the SPECTRUM building,
Boulevard Bischoffsheimlaan 15 - 1000 Brussels

Giving back to the community

I was raised by my grandparents, because my father, a medical doctor, left for England to study orthopaedics when I was one and my mother followed him a year later.

My grandparents raised me with a clear sense of the community and how important it is to give back as much as you can. I don’t normally admit it, as it is such a cliché, but this ideology has been a constant throughout my entire life.

My eyes opened when an uncle told me that creating jobs with your own company can also be meaningful for the community. That’s when I decided to go to a business school in the US.

My career in the US started as a brand manager with Proctor & Gamble, but I soon felt the urge to start my own business, so I started to act as a middleman: what do the Americans need that the Indians can offer? From this sprang two companies, one covering engineering goods, the other fashion goods.

When my son was five, it was time to go back to India for his education. After some initial stress I found out that my businesses didn’t take up that much of my time, so I started looking for a new challenge. Once again, an uncle came up with a suggestion, telling me that I should do something with capital, stimulating small enterprises, because that is a great way to create jobs. In those days there was very little private equity available to small enterprises in South Asia. So, I started one of the first venture capital (VC) firms in India, Ventureast Fund Advisors.

To be honest, I knew little about how this worked other than what I read. I got an appointment in Washington to talk to the World Bank about our fund. They explained to me that they didn’t do business with private enterprises, but there was an initiative that was looking to ‘privatise’ a government-run fund manager for a few months and maybe that was something for me. I applied, won the bid, and in 1997, our venture capital journey really started.

Today, there is a lot more venture capital around, but still little to solve the needs of small businesses, especially in rural areas. Solving these issues, giving back to the community, continues to motivate me.

Over the years we saw entrepreneurs becoming more professional. Having said this, India is perhaps still the most difficult market in the world to scale up a business rapidly. That is why the return of capital from venture capital funds in India has been slower compared to other global markets, but the Internal Rate of Return would be comparable if one is willing to stay longer and build the businesses. However, this slow pace also offers us the opportunity to create a whole new model for economic development, as opposed to just following models that work for other countries. The business models in, for example, the U.S. or China tend to be ‘the winner takes it all’. In India, by contrast, they tend to morph into a newer model with multiple “winners” instead. I am convinced that this will transform the Indian economy.

Our VC-fund looks at businesses that address a major problem and keep in mind the needs of underserved markets. They use technology as a differentiator, and not just as a tool. Moreover, they have a unique way of problem solving that is difficult to copy, and the executive team has the best possible credentials for the job.

Take, for example, Indus OS. This company empowers India’s large non-English speaking population by breaking through the language and usability barrier of smartphones for first-time users. Or take eKincare, another portfolio company, that is creating a telemedicine network that helps women to find a doctor anytime, anywhere.

Other target companies have a positive environmental impact, such as E2E which designs and builds the cleaner electricity powered rail systems, and Orca which makes lower energy consuming chips for the IOT industry.

Bigger bang for the buck

After more than twenty years I can say I am achieving what I wanted to achieve: create jobs. Initially directly, through my own business, but certainly indirectly through Ventureast in rural areas. It’s not about big institutions, but about enabling small enterprises through our investee businesses. Take for example one of our investments, a company distributing kitchen and home appliances to rural areas. This company is surrounded with people who create their own work, are their own boss, and essentially provide the distribution network to deliver these appliances to and in rural areas and be the service contact. What we try do is stimulate people to create their own income. Do things better and smarter.

It stimulates more impact investment in India and demonstrates that money can be made, while at the same time contributing to every aspect of society. In this way we get a bigger bang for our buck.

In this strange time, a number of our businesses are fighting to survive, but, more importantly, a number of them have pivoted to target COVID-19 directly - such as eKincare (online and off-line COVID fighting programmes for employees of businesses), Portea (home care and rental of healthcare equipment addressing COVID-19),

What I do in my spare time? I am an aspiring designer. And I am involved in designing furniture and interiors. In these stressed times I have rediscovered my old love - cooking, much to the dismay of the family. And, recently I started a new NGO in the region where I spend my summers. After floods and landslides it needs to be built up again. My NGO (Teach to Fish Trust) focuses on skilling and placing rural college youth (in jobs), which is, I think, one of the priorities of India today. We work closely with local rural colleges. My aim? Five hundred jobs and two hundred fifty small enterprises per year. 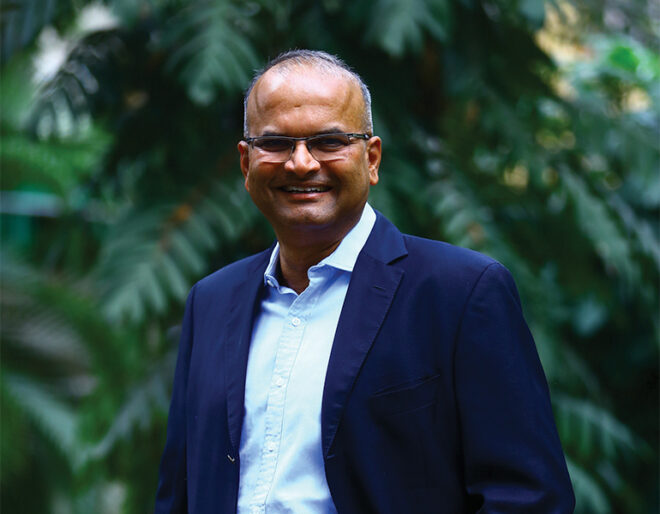 Sarath Naru started his own investment company, Ventureast, in order to help early stage SMEs find the necessary financing. He prefers to invest in areas that have the most impact. Now the Indian venture capital company has over 300+ million dollars under management and is specialized in life science, health, technology and clean environment.

Vaccines can be produced in Africa

BIO has invested in African Rivers Fund I and III, managed by XSML.

Jarl Heijstee is the co-founder and managing partner of XSML. This is his story.

BIO has invested in the Fairtrade Access Fund and is one of the donors of its Technical Assistance Facility (TAF FAF).

The Fairtrade Access Fund has invested in Soprocopiv, a coffee cooperative in Kivu, in the DRC, and has, likewise, supported them through a Technical Assistance Facility.

Judith Kahindo Katavali works as a technical supervisor of agronomists for Soprocopiv. Kambale Bonane Blessing owns a coffee plantation and is one of the members of Soprocopiv. This is their story.

BIO has invested - through equity, loans and technical assistance - in the Local Currency Microfinance Fund II - LocfundII. This fund has, in turn, invested in Fundación Espoir.

Claudia Moreno is the Deputy Executive Director of Fundación Espoir. This is her story.