An impact on families

Financiera Fondo Desarollo Local – FDL – is a financial institution whose purpose is to offer financial products that contribute to national development in Nicaragua by improving the standards of living of entrepreneurs and their families. Our main challenge is to understand how a small business works in Nicaragua, especially in the rural sector which is often informal and does not keep records. 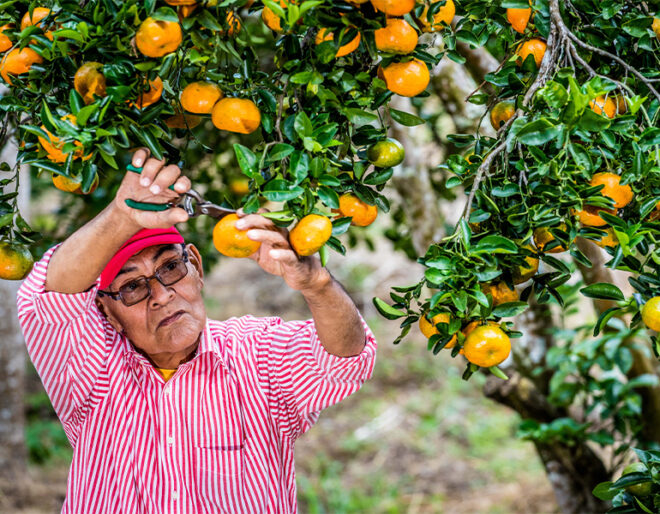 Take for example the case of José Nicolas Aguirre Aleman, now 66 years old. As an orphan at the age of 14 he had to grow up fast. He dropped out of high school and became a school bus driver at the age of 17 and later he got a job as a driver at an oil refinery. At age 34, he had finally saved enough to become a farmer using his own money and a loan of USD 650. He bought 2.8 hectares of land and rented 17.5 hectares. He called his farm Oro Verde, Green Gold, and started growing cabbage, chili pepper, beans, and flowers.

Beside growing crops José managed to start a grocery store and to keep a herd of 90 cows. He loved the cows, but when 11 of his best breeding stock were stolen, he decided that the risk was too big and he sold the other cows. Now he wants to acquire 42 hectares of land, plant new crops and harvest the citrus fruit. His son has finished his study as a commercial engineer. His daughter lives in Managua. José’s life goal is to leave them some capital, so that they can lead a good life. Besides that, his dream is to travel to Mexico, walk around on Plaza Garibaldi and listen to the Mariachi bands.

FDL provided José with the capital needed to produce his crops and he chose FDL because we are much faster than banks. Banks take two weeks to get you the money, while at FDL it only takes one or two days.

FDL has a close partnership with Nitlapan, a research institute at the Central American University in Nicaragua’s capital city Managua, founded by the Jesuit father Peter Marchetti Raph, who is also a founder of FDL and a member of our Board.

This explains why education is so important to FDL. It's a fundamental pillar for the development of our communities, countries and populations. Such alliances and partnerships allow FDL to offer technical assistance to its clients. For example, the partnership with Nitlapan allows for technicians to provide technical assistance to owners of livestock and producers of coffee to improve their yields and the quality of their products, with special attention paid to environmental protection. These and other partnerships are fundamental for us to be able to do our work, have impact and mitigate risks. We also have many alliances with other partners that allow our clients to receive technical assistance for product diversification, farm management, and environmental sustainability.

In addition, more commercial alliances allow us to insert our producers into the value chain, collecting and exporting agricultural products, guaranteeing a certain price, and facilitating deliveries. For example, we could give a loan to a coffee producer, who would not be obliged to repay it directly to us; instead, the producer would deliver beans to an export company, which in turn would then pay back the original loan. These partnerships even extend beyond Nicaragua and we were very careful in selecting partners that are aligned with our mission and objectives. The relationship we’ve built is one of trust, through the good times and the bad.

In the 1980s, NGOs introduced microfinance in Nicaragua. They provided group-loans with considerable leniency regarding repayment. Whereas this allowed microfinance to become pervasive as a powerful driver of small-scale entrepreneurship, the leniency affected repayments, causing the lenders - and all other involved parties - to lose millions, threatening to discredit the micro-finance industry.

Nitlapan (an institute of the Central American University in Nicaragua’s capital city Managua) took a better look at the market. It looked into the needs and capabilities of the clients, and turned the system upside down. Through FDL, Nitlapan was instrumental in the shift to individual loans, dependent on guarantees from family members and friends and with very strict sanctions for non-compliance. The system proved successful, with high repayment rates, strengthening the Nicaraguan entrepreneurs as a result.

At the moment, around 50% of our clients are women. In the beginning, we financed more men, as they are more involved in agriculture and are usually the owners of the family farm. In contrast, in the cities, women play a more prominent role in commercial activities and services. But we realized that in the rural sector too, women play an extremely important role. So, in 2001, FDL started a gender perspective program in the rural sector, incorporating the service of credit to rural women through group credit methodologies.

Take Gloria Margarita Calero Lopez (53) for example. She would have loved to study weaving or something like that, but with ten brothers and sisters and poor parents that was impossible. So, after primary school she had to start working. Together with her husband she started making painted plant pots. However, producing handmade pots turned out to be an expensive production process, with the risk of the pots breaking on their way to clients. Therefore, fifteen years ago they changed their business and started making wooden furniture, a traditional product of Masatepe, their hometown. They received a loan from FDL to buy two machines. Throughout the years the business kept expanding and now it employs six people. Sales are good.

Gloria started with an FDL group loan. Later on, she preferred to switch to an individual loan because in a group sometimes there are people who don’t pay their dues whereas Gloria always did. It’s the classical dilemma in micro-finance. Still, despite the disadvantages, the group loan made it possible for Gloria to start very small. With a loan of just USD 162 she invested in a sawing machine. Now she has a loan of USD 2,000, that she uses to buy wood.

In this way, just by doing our jobs as best we can, the FDL-team has built a solid institution that has a good reputation and that has a great impact on families in Nicaragua. This fills me with a lot of satisfaction. I have been very fortunate to work for FDL over the past 25 years. It's not just a desk job, making a profit. It’s about the impact we have and about our social responsibility. 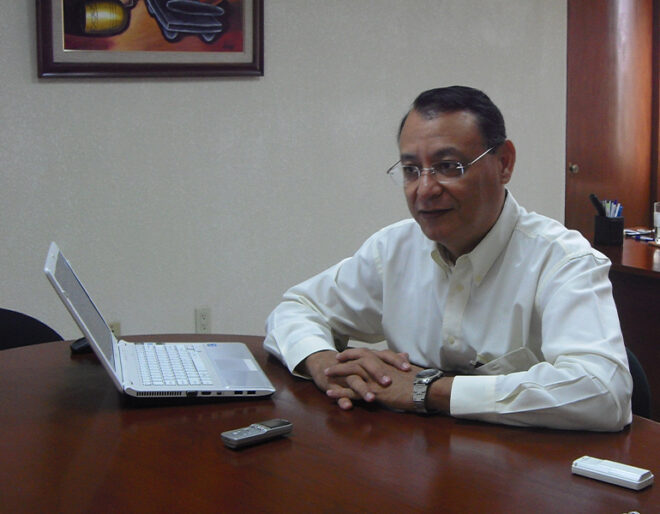 Julio Flores Coca is the Vice President of Financiera Fondo Desarollo Local – FDL – in Nicaragua. He is an economist with a master's degree in business administration. He has 25 years of experience in microfinance. He has been president of the Central American network of microfinance, REDCAMIF, and the Association of Microfinance in Nicaragua, Asomif. He is a member of the board of directors of the credit insurer SINRIESGOS and president of the board of directors of the association Fé y Alegria.